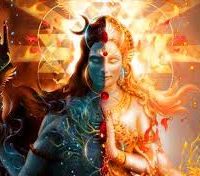 There is an unknown and mysterious energy that is driving all of us. Scientists have not been able to give it a name, yet. However, saints of yore have called this unknown energy Shiva.

Shiva is the energy believed to make every living being alive. We are able to breathe, eat, walk and carry out our day-to-day activities because of Shiva. Not only does this energy drive living beings, but it also resides in non-living things – as their energy. Shiva, thus, drives existence.

In the daily hustle and bustle of life, we forget our source of energy – that which is running us. Mahashivratri which literally translates to “great night of Shiva” is  one of the most celebrated religious festivals for Hinduism- presenting an opportunity to remember, and to take our awareness to the basis of our existence: Shiva.

Mahashivratri is the day to honor and celebrate Lord Shiva—honor life and celebrate existence.But, why is Shivratri celebrated? There is more than one Mahashivaratri story surrounding this occasion. Here are a few:

These are some of the stories that can possibly answer why we celebrate Shivratri. But, what do we do during Shivratri?

Most people spend the day of Mahashivratri in prayer, meditation and celebration  Excerpt from www.artofliving.org/mahashivratri