The Yoga Teachers Fellowship brings together teachers and students whose passion is yoga.

Finding a suitable teacher and the right teacher for you: When the student is ready, the guru appears.

All the information you need about upcoming events, workshops, and more! 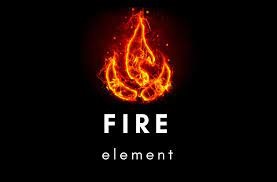 Fire is an element that has been revered and explored since the tradition of yoga began over 5000 years ago – from physical fire used in rituals, to the internal flame of the heart, and the digestive fire or agni.

In the ancient Vedic texts, the fire deity (also known as Agni) is mentioned in one of the very first verses. It represents the fire within the sun, lightning, as well as the fires lit within homes and for more specialised sacrificial uses.

As the guardian of the South-East direction, the fire-god Agni was traditionally a much-invoked deity alongside Indra (god of storms) and Soma (god of the moon) within the ancient and elaborate yogic sacrifices to the gods. As time passed, agni came to be associated with the action of transformation in both a physical and spiritual sense, helping transform food into energy, ideas into actions, and offerings into the smoke that drifted up towards the gods.

Fire is one of the most powerful of the elements, and when we tap into its energy, we bring alive a sense of transformation within ourselves.

END_OF_DOCUMENT_TOKEN_TO_BE_REPLACED 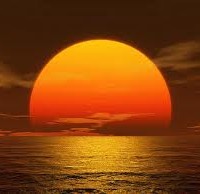 Centre the mind on the Sun. Every piece of stone, every drop of water, and every bit of oxygen around you is filled with light, nothing but dazzling white light. Suppose every grain of sand became conscious, every rock could speak, every tree could say “I am  Light, radiating Light”. Imagine you are the Sun and you are throwing Light onto millions of bodies as a gift. Concentrate on the Sun as the Centre of Life.