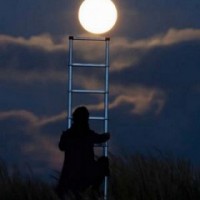 “Three things cannot be long hidden: the sun, the moon and the truth.” Buddha

It is sometimes hard to focus and get clarity when we are inundated with intellectual and emotional clutter; emails, texts, meetings, appointments, break-ups, make-ups and more change. Are you ready for the sacred roller coaster ride called LIFE?

Mars, the planet responsible for taking action, is now direct as is Mercury, the great communicator. Our perceptions are sharp; we are lovingly warmed by Venus after the blast through impetuous April, and are ready for the Vesak Celebration: May Full Moon – Uniting Heaven & Earth. According to Buddhist legend, when the Buddha was born he stood straight, took seven steps, and declared “I alone am the World-Honoured One.” Pointing up with one hand and down with the other, he thus indicated that he would unite heaven and earth. It is said that the seven steps represent seven directions: north, south, east, west, up, down, and centre. Vesak traditionally commemorates this event with an ablution ceremony of the baby Buddha, while also celebrating his enlightenment and parinirvana. It is another auspicious time receiving liberation and for the rededication of one’s commitment to the Buddha’s teachings and to yogic practice. Disciples traditionally spend the day making offerings and reciting prayers. We appreciate and are grateful for all the sensory experience that colour our  experence on earth while balancing our conscious awareness and inner wisdom on divine spirit.

Adding to this auspicious year, from a numerology view point: 5.5.2012 encourages change, movement and evolution. 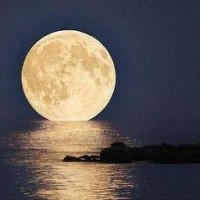 The Supermoon, as it was named by NASA scientist, was the biggest moon of the year; as it peaked, by a fluke of orbital timing it was passing its perigee, the closest point to the earth of its orbit.