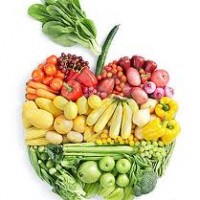 Want to save the planet? Eat less meat and dairy
by David Gutierrez, staff writer

(NaturalNews) The British government has released major recommendations for a diet that is good for both the planet and human health, and reducing consumption of animal products is one of its top priorities.

“So far we’ve had fragmented and contradictory thinking on what dietary intakes should be. Advice to consumers ought to change and stop compartmentalizing issues,” said Tim Lang, commissioner of the independent Sustainable Development Commission, which issued the report. “Cutting down on meat and dairy [and] eating only sustainably sourced fish, fruit and vegetables, would all help reduce the impact of our food system as well as improving health.”

In addition to substantially reducing rates of cardiovascular disease, cancer and food borne illness, a population-wide shift away from meat and dairy would put a major dent in global water use, greenhouse gas emissions and deforestation, the report said. Farm land would be freed for more efficient and sustainable uses, food prices would go down and employment would go up.

The report does not encourage the elimination of meat and dairy consumption, but notes that livestock should be grass-fed rather than grain-fed, and fish should be caught sustainably. It does not let vegetables off the hook, noting that soy and palm oil plantations are currently destroying large sections of habitat to produce food of low nutrient value, and encourages organic and other sustainable farming practices.

The report also urges British consumers to eat more locally and in season, which may mean accepting that not all foods will be available at all times of year, and that not every tomato will be entirely unblemished. It urges people to walk to the store or order their food online.

Reducing waste is another major goal of the SDC recommendations, which encourage people to stop eating more calories than they need and to scale back consumption of processed, fatty, sugary and stimulant food and beverages, and bottled water. In addition to reducing rates of obesity, diabetes and tooth decay, this shift would reduce greenhouse gas emissions and lead to better land use.

Sources for this story include: www.guardian.co.uk.