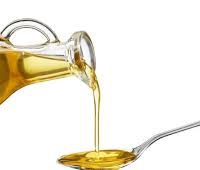 A perfect summary of which oil is best used in what recipe….

Almond oil: Whilst this oil has high smoking point and is generally used in Asian foods for stir frying and sauteing it is best used as a finishing oil in order to maintain its subtle toasted almond flavour.  Almond oil is best stored in the refrigerator and has a shelf life of about three months.

Avocado oil: This oil has the highest smoking point of any natural oil and can be used as both a cooking and finishing oil. It has a soft, nutty flavour and is best stored in the refrigerator. Do not panic if this oil becomes cloudy, this will disappear when it reaches room temperature. Avocado oil has a shelf life of one year.

Flaxseed oil: Nutrient and heart-healthy, flaxseed oil should never be used for cooking as this turns healthy fats into harmful ones.  It possesses a fishy, bitter aftertaste and should be kept in the refrigerator for no longer than six weeks.

Olive oil: Is best used for cooking, salad dressing, pan-frying, searing, stir-frying, grilling and sauteing. Olive oils vary in flavour depending on the type of olives used and the processing they go through, however they generally have a fruity, pungent and at times bitter, taste. The shelf life is between two and three years at room temperature.

Peanut oil: Best used for deep-frying, cooking and salad dressing. It has a slight nutty taste but at high temperatures becomes more subtle. If kept at room temperature it can last three years.

Sesame oil: This oil is frequently used in Asian cooking. It tastes nutty and is best kept in the refrigerator for up to two years.

Canola oil: Interchangeable with vegetable oil it is best used for cooking, salad dressing and some baking ( three tablespoons can be used to replace a 1/4 cup butter or shortening in dense, moist cakes and quick breads. Best stored at room temperature. Canola oil has a shelf life of one year.

Sunflower oil: Best used for cooking, frying and salad dressing. It is nearly tasteless and can be kept at room temperature for about two years.

Published in Joburg West, Get It Magazine, May 2017 edition.