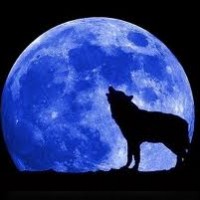 “Once in a Blue Moon” A Blue Moon is the infrequent second Full Moon in a single month. Usually 72 years will elapse between Blue Moons. This powerful eclipse will issue in a six-month period when we will learn to embrace emotionally the responsibility of being more sensitive to the feelings of others – especially family members. Think twice before severing longtime connections too quickly. Take time to think about what is precious to you.

There will be a partial eclipse of the moon on New Year’s Eve, Dec. 31/Jan 1, visible over most of Europe, Africa, and Asia. Eclipses of the moon occur twice a year, on average. Each eclipse is visible only on the half of the Earth turned towards the moon at the time the Earth’s shadow falls on the moon. Since it is a partial eclipse, the moon will just brush past the darkest part of the Earth’s shadow, never becoming totally immersed. It will, however, be deep enough into the shadow that shading and reddish color should be visible.This months’ first Full Moon is on December 2 at 10° Gemini 15 at 2:30am. The second Full Moon occurs on New Year’s Eve. A month with two Full Moons gives you the energy to start a project and see it through to completion, all within that month. Unless unusual atmospheric circumstances come into play – such as widespread dust from a volcano – the moon will not be blue, however.