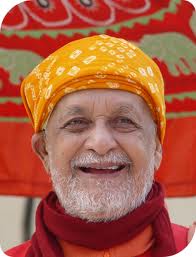 Introduction: Standing here with these papers (reference taken from Past, Present, and Future Consolidated History of the Bihar School of Yoga) in my hand makes me feel humble to introduce such powerful masters. I have such respect, honour and love for them and I can’t wait to introduce you all to them.

I remember reading in one of Niranjan’s books, of which there are many, he said, “People who have achieved something in their lives did not do so by their words – their lives speak of their mission. We learn what their mission was by looking at their whole life.”

So lets start by looking at the master’s mission statement starting with…..

Going back into the past to have a brief glimpse into the saintly and holy life of Sri Swami Sivananda:

Swami Niranjanananda Saraswati says “Fifty years ago people played it safe, in particular the physical aspect of Yoga. There were too many taboos associated with Yoga”. Today they only know the physical, with the exception of a few. The main theme of the Satyananda Yoga is awakening the faculties of the Head – Heart – Hands.

The Hands represent – the ability for you to Act, Create, Perform

The ability to manage all 3 compartments of our life creates the balance which will make a person whole and complete – but of course still practicing the physical yoga for physical, mental and emotional wellbeing.

Yoga is a process of managing oneself. It is a lifestyle. If you are willing to change and adapt to that disciplined lifestyle – then youbecome a YOGI.

Niranjan asks “What is the relevance of Yoga?”. The Answer: The moment we manage to handle our Intellect – Emotions – Actions, we give Evolution a chance in our life.

Swami Niranjananda is a tall, noble, graceful and compassionate man that moves like a swan on water – a modern day Swami with an eye for detail … and playful as a child. He used to play as a child, free spirit that has never left him, on Paramahamsa’s lap. It was already ordained that he was to be the spiritual successor to Paramahamsa when he was borne in 1960.